Under the helm of the Coach Zafer Kalaycıoğlu, the versatile players of Near East University exhibited an outstanding performance and propelled their team to an astonishing win by overpowering their opponent by a net score 103 – 79.

According to the info released by the Near East University Sports Club, Near East University Women’s Basketball Team defeated OMG Ormanspor 103-79. Near East University started the game with Courtney Vandersloot, Sandrine Gruda, Bahar Çağlar, Olcay Çakır Turgut and Jantel Lavender. Kayla McBride and Quanitra Hollingsworth didn’t take the court. They were allowed to take time off in order to rest. The periods were completed as 29-24, 51-38, 80-55 and 103-79.

Sandrine Gruda performed a double-double (18 points, 13 rebounds) while seven players achieved two digit numbers. Exhibiting a dazzling performance, the versatile players of Near East University set a platform with team first mentality and powered their team to overpower their opponent 103-79. 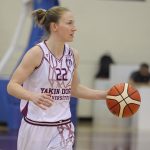 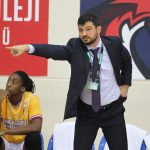 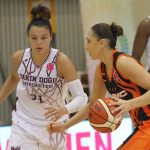 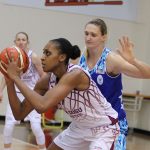